One of Simrad’s Wild Alaska Pollock products is the forward looking SN90 trawling sonar-- it’s an adaptation of a fishery research sonar that was needed to assess or measure fish stocks that live mostly on the surface. Anchovies, sardines and similar fish do not cooperate with the research vessels that pass over them to effectively count them. Simrad’s solution for the industry was simple: adapt the high-power sonar design into an affordable product for Wild Alaska Pollock fishermen.

With most fisheries these days, by-catch is a major issue. By-catch reduction is everyone’s battle, but with access to some pretty cool technology, Simrad is incorporating their by-catch management expertise into products for the fishing industry. Adding an ultra-precise MRU (Motion Reference Unit) into their SN90 sonar gives fishermen the ability to see different species in advance of the vessel, allowing for time to make targeting or avoidance decisions long before the arrival of their trawl.

“It is important to know that the species decision is made in the mind of the fisherman based upon what they see on the Simrad screen,” says Mike Hillers of Simrad. “The future may result in a species ID tag on a sonar, but this will be a marriage between AI and the Simrad technology and we aren’t there just yet.”

Where Simrad can provide specific species information is from the trawl. Another product designed by Simrad specifically for the Wild Alaska Pollock fishery is the FX80 3rd Wire Trawl Camera, which sends a live video feed from the trawl to the wheelhouse. 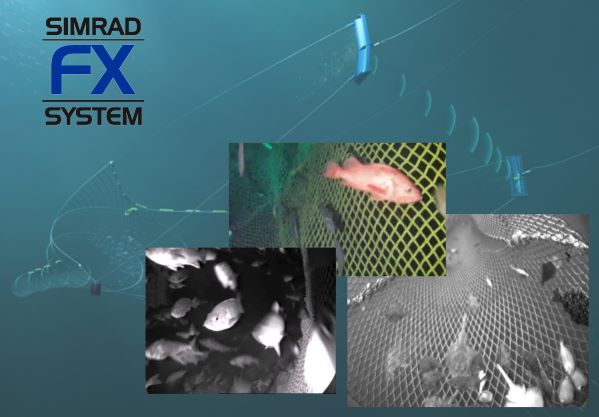 The FX80 has two main purposes, although our clever Wild Alaska Pollock fishermen will find additional uses. First, it shows fish activity with real-time video anywhere the camera is placed on or in the trawl. Second, it gives the fisher the ability to take action-- this is key. Showing a fisherman the catch in their trawl will inspire a desire to remove any by-catch they have acquired. The FX80 has been designed to allow action: Simrad has designed release mechanisms to be incorporated into the trawl, which allows the ability to drop or open flaps for the escape of by-catch species!

These are just a couple of examples of the ongoing innovation that is possible because of the value of the Wild Alaska Pollock fishery. “Being part of an organization as important as Genuine Alaska Pollock Producers helps generate value for the industry that is so vital,” Hillers says. “GAPP‘s reach begins at the very front end of the fishery, with companies like Simrad, and continues all the way down to the products stocked at your grocery store.”

You can learn more about Simrad and their products for fisheries on their website.